The Chesapeake region Association of Old Crows (AOC), a world-wide organization of former and current electronic warfare workers, re-published the article “Woodpecker Watch” in their October 2022 newsletter. The article originally appeared in the March 2013 edition of Radio Age. “Woodpecker Watch” provides the story of Russian over-the-horizon (OTH) radar signals that were picked up by ham operators throughout the United States. The article was written by long time MAARC member Edwin “Ed” Lyon who is an expert in radar and electronic warfare systems.

The AOC is a large organization that is active all over the world. They have about 65,000 members and are instrumental in promoting U.S. and NATO AOC members to keep current and on the cutting edge of electronic warfare. 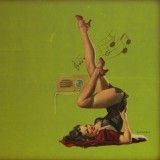 MAARC member since 2013. My thing is tube testing.